A Brief History of Gospel Oak and Kentish Town

The area currently covered by Kentish Town and Gospel Oak was part of the medieval parish of St. Pancras until 1965.

Gospel Oak derives its name from an oak tree that once stood at the boundary of St. Pancras and Hampstead parishes, to the east of Southampton Road. The tree would have been included in a customary ceremony in which readings from the Gospels took place underneath it. By 1821, the tree was no longer there.

The name ‘Kentish Town’, in its earliest form, ‘Kentisston’, was first noted in 1208. In 1456 a chapel “of ease” was built, so that residents did not have to travel to the parish church at St. Pancras.

The area remained rural well into the 18th century. A Swiss artist named Samual Hieronymus Grimm made sketches of the area in 1772 show the Fleet River flowing through fields dotted with cattle. The air was considered to be wholesome and healthy. However, it also had some of the character of a village. In 1721 Kentish Town had eleven licensed public houses including the Bull & Gate on Kentish Town Road.

As the land became more valuable and large estates were sold off and split up.  In the 1840s,  Viscount Lismore, an Irish Peer, auctioned off the Gospel Oak fields that he had purchased in 1806.

The 1840s-1900 were a boom time for Kentish Town.  With transport came commerce and growth in population.  Development continued from south to north. Houses were generally built on small plots leading to a dense street pattern.

By 1870, a busy street market was established in Queen’s Crescent.  The founders of the Sainsburys Supermarkets opened three shops Queens Crescent and a wholesale business in butter, cheese eggs and bacon in a nearby mews.

Manufacturing and business thrived in the area.   The Roundhouse, designed by Robert Benson Dockray, was originally built as a factory. Kentish Town was an important area for piano and organ manufacture- in the 1880s there were over forty firms associated with the piano and organ making industries.

More transport links were created, keeping Kentish Town and Gospel Oak at the heart of London and Britain. In 1867 Midland Railway opened the main line to St. Pancras with tracks running across Gospel Oak.  In the 1880s Kentish Town West and Gospel Oak stations were opened.

By the turn of the century, the infrastructure was starting to age and decay, while the growth in the population had also led to overcrowding. The local authority attempted to improve living conditions by demolishing old buildings and building new flats.

During the London Blitz twenty-one high explosive bombs fell on Kentish Town creating the need for more rebuilding. At the same time, the decline of local manufacturing left the area less prosperous than it had been in the 19th century.  Throughout the post-war period, new estates were planned and built. However, because of limited funds, the process was slow. Many old buildings in terrible condition were left condemned but still standing.   The area suffered from vacant housing, overcrowding, and high rents.

By the late 1960s some people were taking over vacant properties and doing the repairs themselves. The squatting movement was born, and with it, the roots of Kentish Town City Farm.

Click here to learn more about the housing crisis of the 1970’s and the squatting movement.

Click here to learn about Inter-Action’s work  in the community in the 1970’s, including the founding of Kentish Town City Farm. 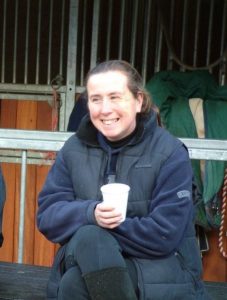